After months of hard training and competitive tournaments in Europe (Gif tournament, Berlin Capital Cup), twelve of our beloved Geezers entered the competition boosted to play high level touch for four days. (All the results are available on the FIT website)

Note: Background is the Wayne Manor from Dark Knight 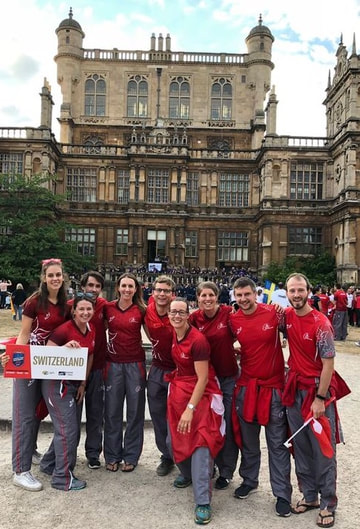 June 25th: End to the Summer Touch League
The 2018 Geezers summer league has once again been a success, for what is now a tradition for the Zürich-based club. After 9 weeks of competitive touch among 3 teams of the clubs (Angry Birds, Fawkes Phoenix and All stars), it was still uncertain who would win before the last game !

Congratulations Fawkes Phoenix, and also many thanks to Kevin for referring every single game of the league! For now it is 'off-season', but the Geezers will keep training  at ASVZ Fluntern every Monday from 18:30. See you all next year for a new edition of the Summer league! 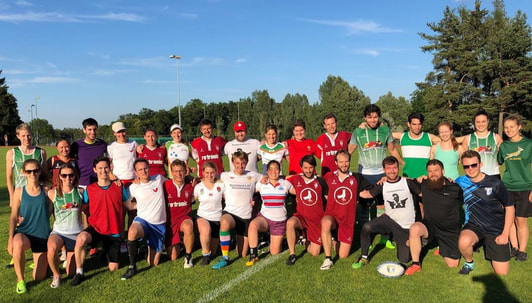 June 24th: Swiss Cup @ Bern
An action-filled Sunday was awaiting us from the moment we set foot on the turfs in Bern... Two teams were sent to represent Zurich in the second Swiss Cup: Geezers Blue and Geezers Athletics.

After a long-fought battle amongst the 8 teams representing different parts of Switzerland, Geezers Athletics came out first after winning against the Lausanne Lakers in the final 6-3.
​
Congratulations to everyone who participated in the Cup as a member of the Geezers team, and an extra congratulations to Benoit who won the male MVP for the tournament! We could not have done it without all your assists!
June 1 - 2: Capital Cup @ Berlin (hosted by Touch Berlin)
Twas a weekend filled with Touch. It all started on Thursday with the Coaching Session hosted by Peter Walters (Galaxy Worldwide), followed by a welcome dinner and lunch at the Generator Hostel.

By the end of the tournament, we placed 19th out of 38 teams and made it into the top half of the participants!

Capital Cup was a very successful tournament, and all Geezers had a great time in Berlin! Thank you Touch Berlin for hosting the amazing tournament! 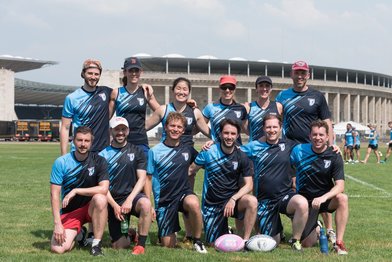 May 6th: 1st Swiss Cup @ Lausanne
We had a very fun-filled Sunday at Lausanne where we came in first, after a close match against the up-and-coming Touch Bern!

Congratulations to everyone who participated in the Cup as a member of the Geezers team, and an extra congratulations to Adri who had the highest total contribution in attack (assists and touchdowns)!
March 6th: Taster Sessions!
On February 27th and March 6th, we hosted a "Taster Session" to share all the fun and excitement of the sport known as Touch Rugby.

Due to the horrifying cold (roughly -15℃) on the 27th, we had a small turn-out, BUT on the 6th of March many new faces joined our Taster Session to enjoy a run in the warmth. Hope that new members keep joining us for practices at ASVZ Fluntern as the weather keeps getting warmer!
December 5th: AGM and new board
​After a successful AGM, we welcome and congratulate the new board members!

​November 18th : Geezers End of Season Tournament, Party, and Awards Ceremony
We have decided to make things more competitive this year and we are currently organizing a small scrimmage against the PWP Egg!! This will be held on the astro turf fields on the same day from 14:00- 17:00 (showers available).
After making space for food/drinks, it will be followed by dinner and drinks at the Luus Muus around 18:00, provided by our dear teammate Sam (:
Theme: 70's Sport Stars! Come decked out as your favourite athlete from the 1970s!

And then round two is just behind us, Geezers coming out WINNERS right here in Zurich, beating the Lakers 4-1 in the final. Congratulations to all players. Round 3 of the Swiss Cup in September is in Egg, to decide this year's champion club...
9th April 2017: OPEN DAY
Thanks to all the new faces and awesome Geezer helpers who came along to our open day at the ASVZ sport center - it was a sunny and gorgeous day with fantastic progress and enthusiasm from everyone.
Did you see the photos on our facebook page? Make sure you are following us: ​https://www.facebook.com/GeezersTouchZurich
15th January 2017: A hectic end to 2016
The last few months of 2016 for the Geezers were busy! In our AGM  we welcomed Ania back to the board for 2017, and thanked Dannie, Kevin and Dasha for their contributions and amazing efforts in shaping our club in 2016. We had a great time at the Strasbourg tournament - a real Geezers tradition where somehow they produce great weather and great fun days for us. And then we finished with our Apre-Ski themed end of year party and annual awards (and a lot of Glühwein!).
3rd September 2016: A stunning weekend at Frankfurt's tournament
A Geezer team with some special additions were this weekend in Frankfurt - there's a detailed report you need to see so check it out. Geezer trips are the best!
27th June 2016: Summer League Winners - Blue Steelers!
After an exciting final night with all rankings still undecided we saw our summer league come to an end...

27th April 2016: Zurich League Kicking off
The spectacular Zurich Touch League is kicking off on Monday nights from May 2nd - Teams are almost set but if you are keen to be involved now or later in the year then drop us an email and we will see if we can find you a spot!
This year's league will be four teams playing 40 minute games each week, we're looking forward to seeing the fun and intense competition of our summer time league, part 1 is only 6 weeks long so get out there and lay claim to the trophy before its too late!
24th April 2016: Coaching day with Mike Abromowitz
A big thank you to experienced touch coach Mike Abromowitz who took us through a great session full of techniques and skills to improve the standard of our game. A few centimetres of snow on the pitch turned out to be no obstacle as we were put through our paces, it was excellent to see the attitude of touch players on such a frosty occasion.
16th April 2016: Friendly games to kick off the season
We invited a couple of our neighbouring clubs to a day of friendly games in Zurich.  Geezers were there in style showing off our new kit, and with Zug and Baden joining us it was a great day. The standard of touch was fantastic and has us all excited about the tournaments, social games, and incredible Zurich Touch League coming our way.
11th February 2016: AGM and new board
​After a successful AGM, we welcome and congratulate the new board members: Jen, Patricia, Dasha, Simon, Kevin and Dannie. For more information about the board head over to the committee 2016 page. ​
3rd October 2015: 2nd Place Verona Tournament
Athletic won every game in their pool and triumphed in a nerve-racking drop off in the semis only to be defeated by fit Dutchies in the final. 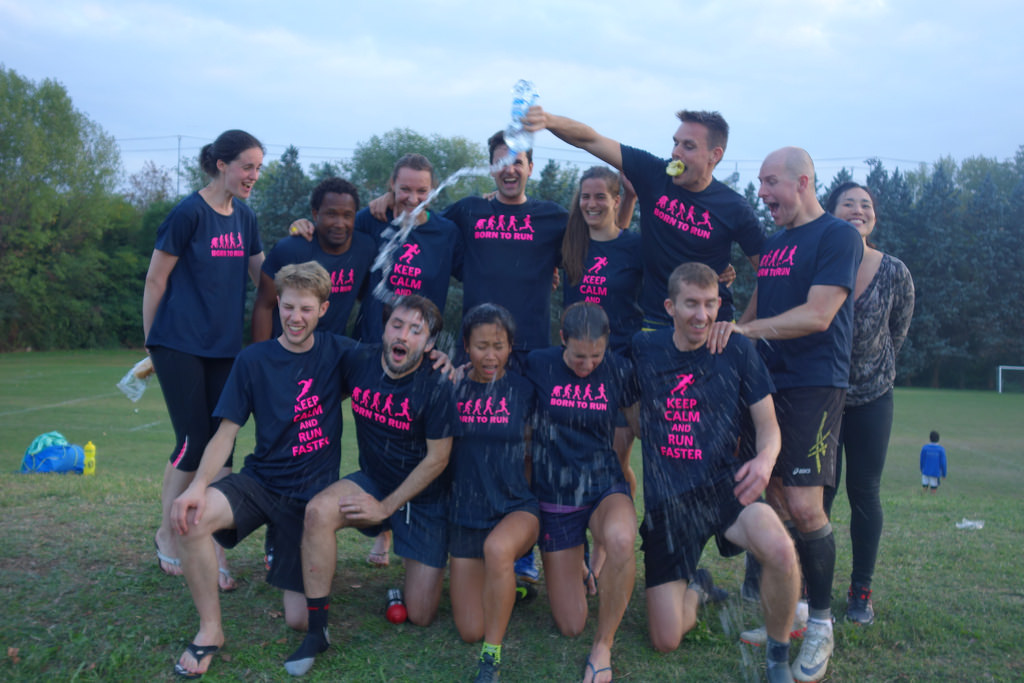 ​5th September 2015: Zurich Tournament
It was an amazing day with 3 Geezers teams and friends from Baden, Basel, Zug, Geneva and Strasbourg! Congratulations to the Geezers Athletic team for winning the Zürich Tournament!!!
Big success thanks to all the players, referees and organisers! THANK YOU! Action pictures on Facebook . 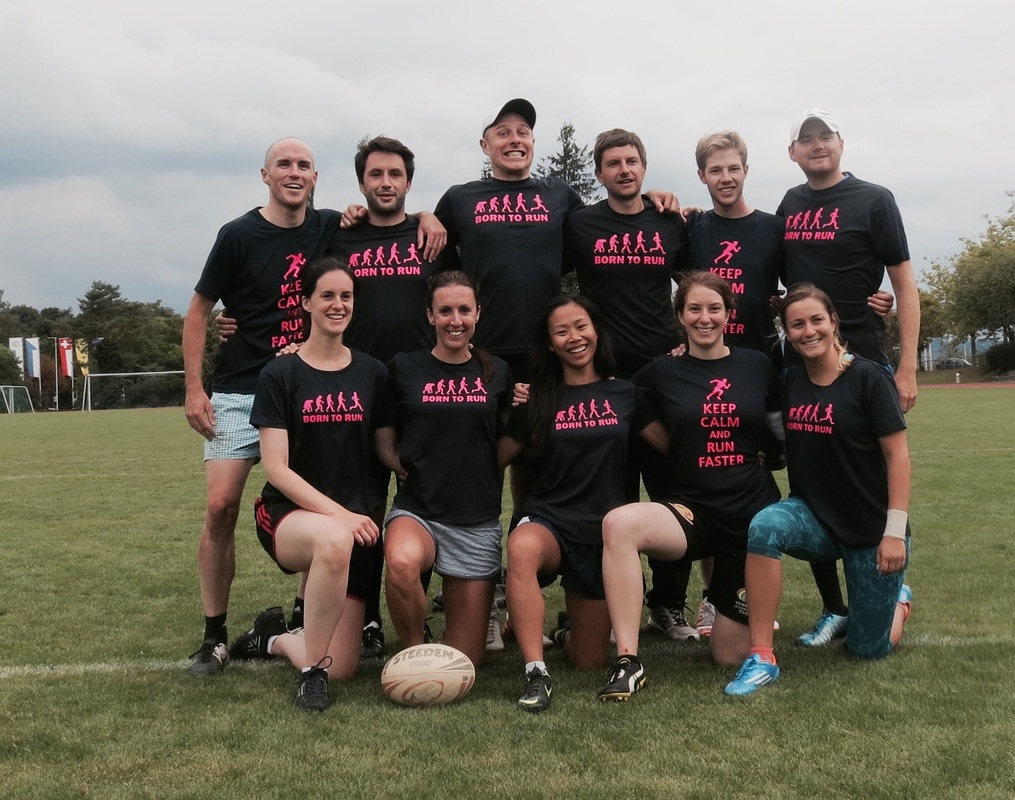 22nd August 2015: Gold and Bronze at the  Baden Tournament
Congratulations to both Geezers team for an excellent performance at the sunny Baden tournament! 1st and 3rd place, both teams at the podium! Great work everybody! 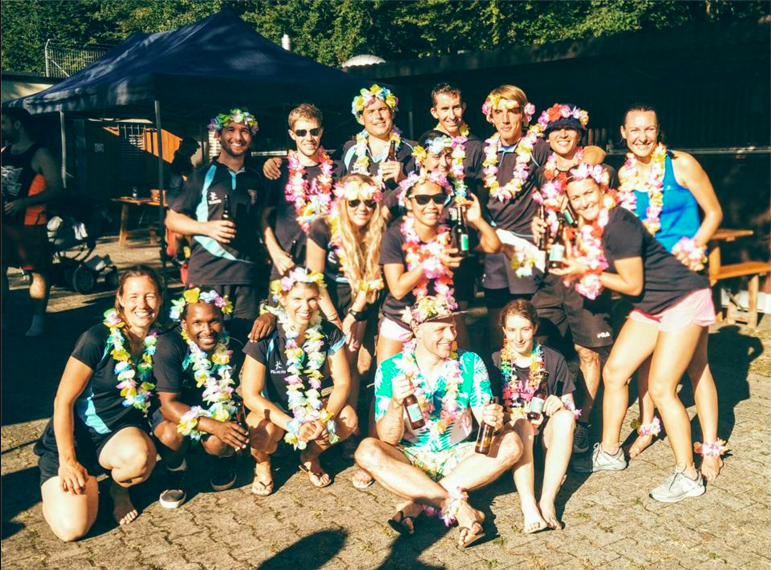 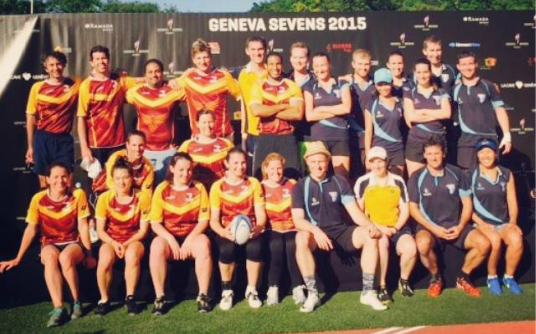 ​27 June 2015: GREAT TOUCH WEEKEND in Paris
Great effort at the Elegance Paris tournament! Geezers ladies came 15th, higher than previous years but there is still a lot to do before the next Elegance! Congratulations to all players and thanks to Irene for organising the team & Simon for coaching!